About the Society | Becoming a Member 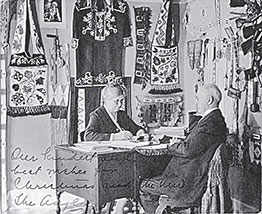 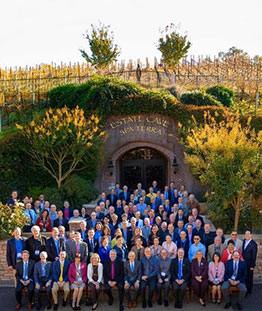 On November 17, 1930, 22 former graduates of Dr. Angle’s Pasadena School met at the Lake Shore Athletic Club in Chicago. The purpose of the meeting as expressed by the chairman was: “to find some way to carry forward Dr. Angle’s ideals of orthodontia.” The Edward H. Angle Society of Orthodontists was the result.

There were 46 charter members, including Dr. and Mrs. Angle, and such giants as Brodie, Tween, Noyes, Broadbent, Hahn, Steiner, Strang, Hellman, Wuerpel, and many others whose contributions to orthodontics have become legendary. The central organization consisted of four component societies: Eastern, Midwestern, Northern, and Southern California. Today the Society has expanded to include seven components as well as our international members.

The Angle Society today consists of more than 600 members worldwide who continue to strive to achieve the ideals of Edward H. Angle.

Ideals of the Angle Society

Dr. George Hahn, one of the founding fathers of the Angle Society, expressed it very well in 1955 during the 25th anniversary meeting, in his monograph, The History and Philosophy of the Edward H. Angle Society of Orthodontia.

“We are not here today as students of a man, we are perpetuating this organization as a group that believes in the idealism which Angle held and taught and lived. This ideal was perfection, not only in the basic mechanics which enter into an orthodontist’s daily work, but perfection in everything a man thinks and lives and does, and if there is a place for us in history it will be because we have hitched our wagon to his star. Each of us has a certain potential and each was chosen a member of this society because a majority of the group believed that his ideals met the standards of the organization. You and only you know whether or not you are living up to your potential. You will shoot no higher than you aim, so raise your sights a little and never forget that perfection is the ultimate goal. Although you may never reach it, the closer you approach it, the greater will be the feeling of contentment in your own soul. A person’s own conscience, after all, is his most favorable critic.”
~ George Hahn (September 11, 1894 – October 24, 1977)